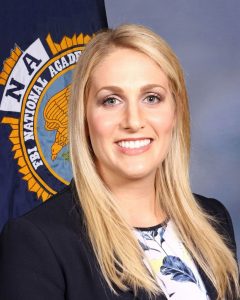 Captain Sasser of the University of Florida Police Department likes to stay organized. “I am always making to-do lists and marking things down in my very detailed color-coded calendar,” she declared. Once you realize how many hobbies she balances along with work, you’ll understand why she likes to stay on top of things.
Captain Sasser has been teaching barre since 2016. She is also an avid reader and book club member. She is a member of the Board of Directors for the Gainesville Commission on the Status of Women (GCOSW). She loves traveling and animals and has “a dog, two rabbits, and three cats.”
Her proudest achievement was recently graduating with her master’s degree with high distinction in public administration with a focus on law and legal policy.
She said that after about fifteen years of being out of school, it was difficult to dedicate all her free time to studying, especially since she also worked full-time at the UFPD. But, she stated, “I’m very proud of myself for sticking with it and making the sacrifices needed to do well and see it through.”
Between balancing work, school, and the barre studio, Captain Sasser says she has been “lucky to have a lot of support.” She explained that her husband and her colleagues have all been very understanding of her busy lifestyle.
Captain Sasser met her husband while working with the UFPD. “He was actually one of my field training officers when I first met him,” she explained. “We worked together for about three and a half years before we started dating.”
Since they came from a similar work environment, Captain Sasser says that her husband has greatly supported her. “It is nice to have someone who understands the kind of work I’m doing and the demand it has. It’s nice that he can be that listening ear for me.” 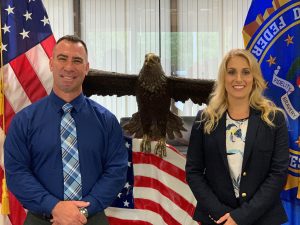 Currently, Captain Sasser is helping build the UFPD’s first co-responder program. “I’m excited about it!” she stated. “It is a fairly new program, and I’m not familiar with any other universities that have one, so we’re building it from the ground up.”
A co-responder program involves counselors that ride with officers and go where it would be beneficial to have a counselor present. Captain Sasser explains that the program will help people who need mental help or social service more than law enforcement. “The program will be able to help people through their specific issues and direct them to proper resources.”
Captain Sasser has also been dedicating her time to putting together another committee for GCOSW. This non-profit organization focuses on preventing violence concentrated on women and children, often in domestic settings. Captain Sasser explained that the organization was much larger before COVID-19 and that she and the other members are trying to get more people involved. 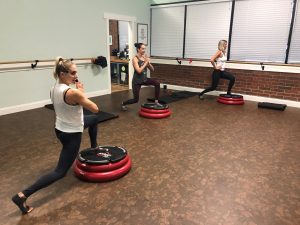 “The idea that I can help others, combined with the sense of community that I found, is what I really love about my job,” Captain Sasser stated. Every day she works to make the community a safer place while also balancing her life outside of work. “It’s stressful, but it’s internally rewarding, and I love the people I work with.”